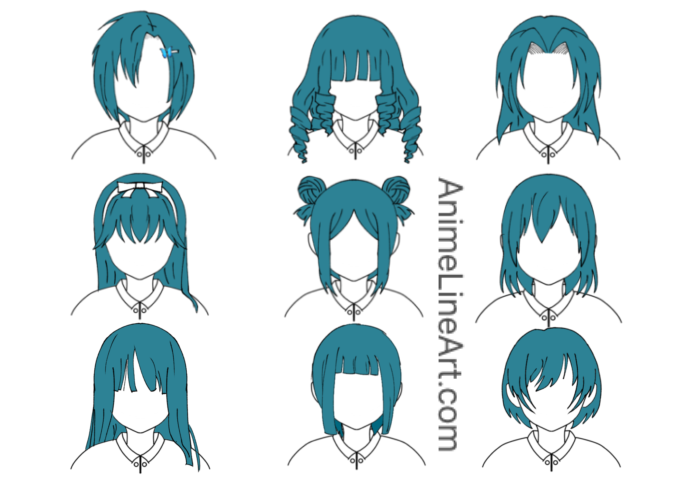 In this tutorial you will learn how to draw anime and manga hair in different styles with easy-to-follow step by step guide.

How to Draw Anime and Manga Hair 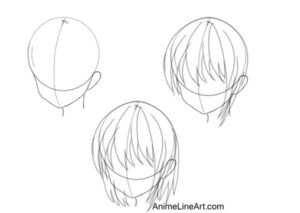 First start with the basics of drawing hair. The simple short hairs for anime can be drawn in three simple steps.

Step 1 – Draw the Head for Anime 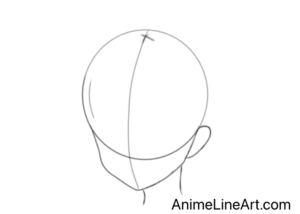 First make a proper shape for the head in which every direction you like. Draw a circle first than add a little curve part bellow that to form a jaw. 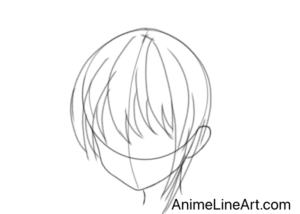 Now start making curve lines from top to bottom as shown in the above illustration. Complete the front part first and then try to make the back side hairs.

Step 3 – Clean Up the Extra Lines 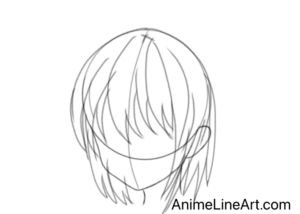 As the hair part is done try to erase the extra lines and make it more clean structure. 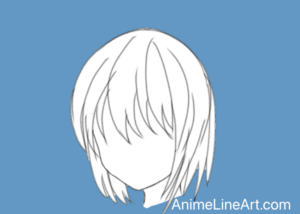 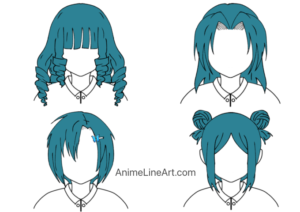 Here are some different illustrations showing how to drawings anime and manga hairstyles for a female character.

Different hairstyles have different approaches to draw and given below are some of the popular anime hairstyles examples. 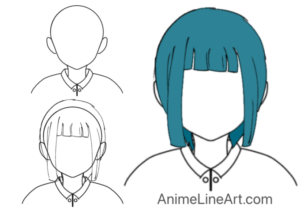 Once you have drawn the head you can draw the Hime cut hairstyle on the anime. The hair style is short and has a half cut in the middle and the hairs are flattened.

The best way to draw any hairstyles is first draw the one side and then draw a symmetrical drawing on the other side also. 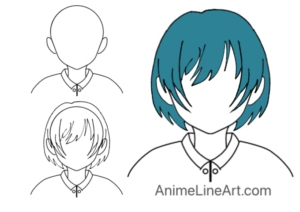 Starts with drawing a round shape around the head line as done previously. Try to put the back hairs around the ears and small amount of straight hair in front of head. 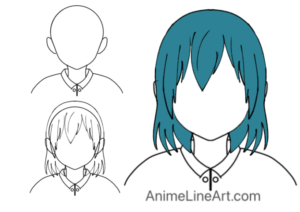 This kind of hairstyle is some what similar to previous one but the only difference here is the little shape of hair and the length of the hairs are little longer.

The hair draw in this illustration Is little roughly placed on the head. 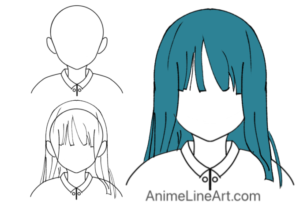 Now comes to the anime bangs drawing in this type of hairstyle is little longer in size and the front hairs are drawn in the Equal size like a hime cut.

Try to add gaps between the front small length hairs and also place one side of the hair towards the front shoulder. 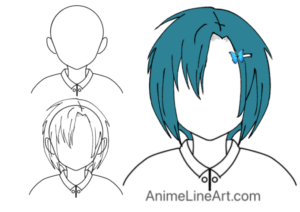 In this hairstyle try to keep the hair along the cheeks and the jaw area and draw points hairs at the end. Also keep one portion of the hair more to one side. 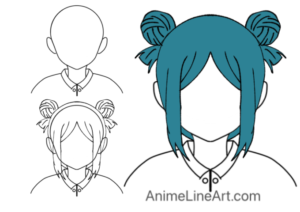 First make a round shaped hairs along the head area and then add some longs straight hairs along the two sides of the head. Start from the top and try to cover the ears also.

After that add two circles on the both sides to make hair buns and try to draw lines to show hair folding. 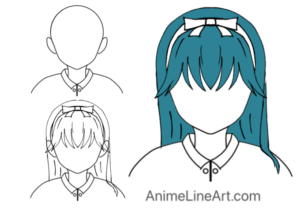 The hairstyle Is similar to the short hair just make the hair longer and try to draw the hair on the backside of your character. The front hairs are short and little separate from each other.

After drawing all of it now draw the hairband in the middle of the anime head as illustrated in the above Image. This anime or manga hairstyle look like a fighter hairstyle. Where the front hairs are little wave like and which are falling towards the front from the head area. This anime hairstyle is also called as fringe hairstyle. This kind or hairstyle are very popular and look very attractive on the anime or manga. The main focus is on the curly hair which can be little difficult to draw.

But if you get the right technique of drawing it then it become very easy after that.

You can take the help of the above reference image to draw a curly hair. Try to make a cone like structure and then add horizontal lines in between.

There can be a many different styles of hair which you can draw. Some of them are covered in the above Illustration. You can use the above illustration and can combine it to form a new type of hairstyle which Suits your character.