In this drawing tutorial you will learn how to draw a Among us drawing. Given below are some simple steps illustration of red among us character drawing with a among us colouring page.

Steps to Draw Among Us Character

Among us is a very popular online multiplayer game which is published by American game studio called Inner sloth.

Follow the given below steps to create the character in simple steps.

Step 1 – Draw the Outline for the Character 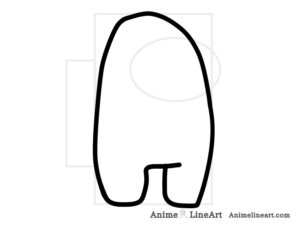 First draw a rectangular shape outline which will help you to draw the character body easily. Draw a rough shape of the body with legs.

Step 2 – Draw the Head and the Bag 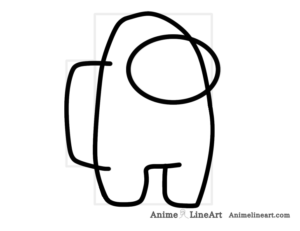 As the among us character is complete now you can erase the extra lines from your drawing to give it a clean look. The above image can also be use as a colouring among us page.

We are making a red colour among us character as it is very popular one. So add a red color in the body with some blue shades for face. At last add some shadows to one side with some highlights to it.

Sitting Among Us Drawing

The drawing remains the same for the sitting character drawing. Just change the legs area with some bend legs to give it a sitting look.

The game has many characters with different colours. The basic drawing remains the same for every character and you can change the Colour’s to create as many as characters you like.

FAQ about Among Us Game

Maps in Among Us game?

There are 3 maps available in Among Us: The Skeld, MIRA HQ and Polus.

What does impostor mean in Among Us?

The role of the impostor is to eliminate the crew mates while hiding and undetected.

What sus means Among Us?

“sus” means suspicious in among us.

Most popular character in among us?

Red is the most popular character.